Josh Wade, who played linebacker at Defiance College from 2006-09, is returning to northwest Ohio to take over the Bowling Green High School football program.

He was approved at Tuesday’s Bowling Green Schools Board of Education meeting.

Wade takes over for Dirk Conner, who departed the Bobcats to take over the reigns at NLL foe Perrysburg. Conner was 36-26 overall in six seasons leading BG.

“We have some big shoes to fill with coach Conner going to Perrysburg,” explained Wade. “I’m sure he’s taking a couple of his guys to Perrysburg (as assistants). Nothing but respect for coach Conner and what they’ve done. We’re hoping we can take it a step further. We’re really looking forward to taking BG football to the next level.”

Wade currently lives in Quitman, Texas, (96 miles east of Dallas) where he is an assistant football coach, assistant athletic director and head track coach. He has spent time coordinating the offense and defense at Quitman while also coaching linebackers, quarterbacks and the offensive line during his tenure.

“It’s been a huge learning experience,” said Wade of his time in Quitman. “I will definitely credit any future success to this experience.”

He is expecting to finish the school year in Texas before moving to the BG area in late May or early June.

Wade and his family have been trying to get back to Ohio, which is home to him and his wife, Megan, who is from Piqua. They have a three-year-old daughter and three-month-old son.

Wade tried for two other jobs in Ohio recently, but was turned down for both. He was told by a coaching friend from New Richmond – where he coached after graduating from DC – that the BG job was open and that it would be a good fit for his family.

The tip turned out to be a good one.

The people of BG sold Wade on it being the right fit for him and his family.

“I think talking to the administrators and people,” said Wade of what made BG alluring. “One of the questions I asked during the interviews was, ‘what makes BG great?’ Almost every single person said, ‘the people; you’ll love working here. Everyone will help you and you’ll feel like a family here.’

“That’s what drew us in,” added Wade. “Driving around and seeing the place, it felt right.”

Getting to his second interview with BG from Texas was a major challenge.

“I told (Bowling Green superintendent) Mr. (Francis) Scruci, that God really tested me on this one, because it was supposed to be a 15-hour drive for that second interview,” said Wade. “It took us 19 hours because of the ice storms that hit Tennessee. It really tested me on whether I really wanted this job or not. We made it there, and fortunately enough, was able to interview well enough for them to give me an opportunity.”

Wade hasn’t been able to take a deep dive into the returning players he will have at BG.

“They have to be some hard-nosed kids being one of the smallest schools in the NLL,” noted Wade. “I want them to know they’re going to get everything out of me and my family. I can’t wait to be hard on them but I also can’t wait to love on them.”

While Quitman is on spring break (March 8-12), Wade will come to BG so he can get to know everyone better.

“I want to be around the kids, that’s the big thing,” explained Wade.

Wade is unsure of what kind of offense he will run at BG until he gets a better feel of his returning players skill set.

“I haven’t given it too much thought because I don’t know what type of football players that we have coming back,” remarked Wade. “The big thing is doing an evaluation of the kids. I’m not going to change the system year after year, but we’re going to tweak what we want to do that best suits our kids.

“Defensively, I love sending blitzes and stunts,” continued Wade. “I like being aggressive and trying to dictate the offense as opposed to always reacting.”

Wade expects his players to have a quartet of values.

“We’re going to have four core values,” stated Wade. “The kids are going to get tired of hearing me saying this, but: attitude, effort, attendance and enthusiasm. I think if you have those four things, you’re going to be successful – in not just football – in anything you set your mind to in life.”

Wade also wants to mentor his players for bigger things than just football when it comes to their lives. “Yeah, football is great, but this program is going to be about building young men that are going to be great husbands, great fathers and contributors to society,” emphasized Wade. “That’s going to be the big goal of this program.”

Football is in his blood.

“I guess when I realized I wasn’t going to go to the NFL,” said a joking Wade when he was asked when he realized he wanted to get into coaching. “I love the game, it’s taught me a lot. Football is a physical game, you get knocked down and you get back up. There’s going to be times when life knocks you down and you have no choice but to get back up. I think football is a huge tool for that.

“Then once I started coaching, I realized it wasn’t just the game but the brotherhood of being a part of that.

I want to give them the tools to be successful.”

Wade has talked to some former teammates at Defiance College about joining his staff at BG, but is still working on figuring out his assistants.

“Before I offer anything up, I want to talk to the staff at BG that’s not going with coach Conner to Perrysburg,” said Wade. “When change happens, everyone wants to know what’s going to happen with the new guy coming in. I want those guys that want to be at Bowling Green – as long as we get along – I want those guys there. Obviously, Bowling Green holds a special place in their hearts and I want them there.”

A talented Parma Heights Holy Name program will stroll into Bowling Green on Friday night for a Division III, Region 10 showdown of regional quarterfinalists.
“They’re a good football team and it’s what you’d expect at this point in the playoffs,” said Bowling Green leadman Dirk Conner.
The Green Wave has been impressive in their five triumphs, outscoring foes, 192-13. Holy Names’ lone loss was a season opening defeat to Walsh Jesuit, 24-7. Walsh Jesuit’s lone loss came at the hands of D-II state championship contender Archbishop Hoban, 27-14.
BG (6-1) blasted Defiance last week in playoff action, 56-13.
“We played pretty well and they made some mistakes that helped us out a little and got the score out of hand a little bit,” said Conner. 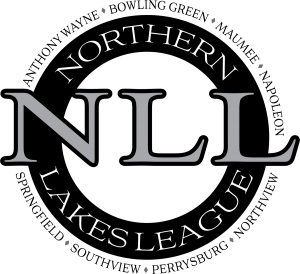 Another huge NLL dustup looms for Perrysburg this Friday as the unbeaten Jackets welcome Bowling Green to Steinecker Stadium.
While Perrysburg was considered in the mix for the top spot in the NLL, Dirk Conner’s Bobcats were expected to be a middle-of-the-road squad this fall. A month into the season, BG and Perrysburg remain the last two unbeatens in the league.
“It does feel good with everything that’s gone on and bouncing back from a season that’s not up to our standards,” said Conner, whose team finished 3-7 last year. 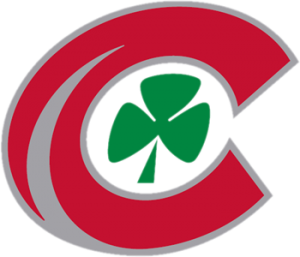 The second weekly rankings of the season for the top teams in the coverage area.

The first rankings of the Black Swamp Sensational 7