Experienced Delta to tangle with Ayersville

An experienced Delta squad will welcome in an Ayersville team Friday that is looking to get back on track after a 3-6 finish in 2020.

“I think we’re ready to go,” said Ayersville coach Chris Dales. “We’ve got to shore some things up special teams wise. Just because everything has been so short, special teams has probably gotten neglected a little more than they have in the past.

The matchup will feature an Ayersville offense that will put a lot on senior signal-caller Jakob Trevino in an RPO offense. He threw for over 1,400 yards last year while rushing for 519 yards.

“Jakob Trevino has done a nice job in the second year of RPOs,” said Dales. “We’ve got two running backs rotating … they’re running hard. The skill guys are catching the ball and running great routes. Up front we’re young but have improved dramatically from day one to now. They’re a great group of young men and working hard.”

Josh Tresnan-Reighard, Jerremiah Wolford and Bryar Knapp are back to haul the pigskin. Tresnan-Reighard led the team with 607 yards rushing last year and five scores on 141 attempts.

“Big, physical and they want to run the ball,” said Dales. “They want to give to their good running backs and are not throwing much. Obviously if we can make them throw the ball, that’s really, really good on our part. We have to get them into third down and five or six or better. If we can do that, I think we can hurt them. But that’s the key.”

The Pilots, like on the offensive line, are young in the defensive pits.

“Basically, it’s the same thing defensively,” said Dales. “All of our skill guys are back and we’re juniors and seniors on the back end. Our linebacking corps are doing a nice job. Up front, we’re kind of young and we’re making improvements.”

“We’re either going to see a 5-2 or a 4-3,” said Dales of the Delta defense. “Their backend does not change no matter what front they’re in. Hopefully we can take advantage of some things they’re doing on the back end to move the ball.” 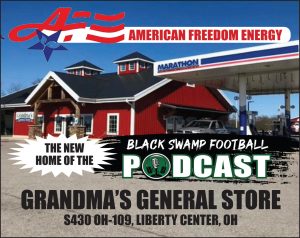 Mickey in the Pilots’ seat 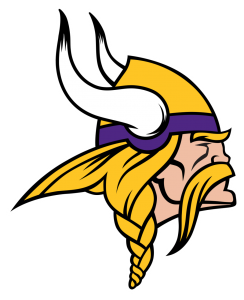 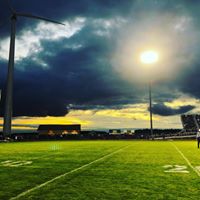 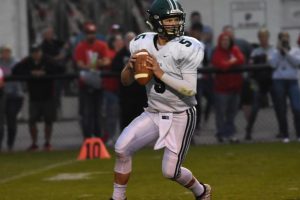 The 46th annual River Bowl tussle between heated rivals Ayersville and Tinora will take place on the south side of the Maumee River this fall with the Rams making the short trek to Craig McCord Field.
Ayersville’s once hefty lead in the series has been shrunk to 24-20-1 with Tinora enjoying much more success as the series grows older.
Tinora head coach Kenny Krouse is heading into his 24th meeting with the Pilots and holds a 16-7 mark as headman of the Rams against the team across the river.