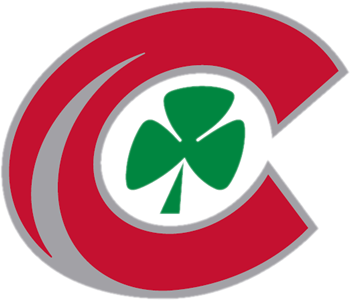 TOLEDO – Missed chances and mistakes denied Central Catholic another trip to the regional finals on Friday in the Division II, Region 6 semifinals at Gallagher Stadium. Avon Lake used three first-half field goals from kicker Owen Wiley (28, 44 and 23 yards) and late first-half touchdown to claim a 16-14 victory over the Irish.
The Irish outgained the Shoremen, 275-257.
However, the miscues were too much to overcome for the hosts and second-ranked Irish.
“You have to have your team ready to go better at the beginning,” said Central mentor Greg Dempsey. “That was a bad start and it snowballed on us against a good football team. We had a lot of mistakes that came back to get us tonight. We had to do some things that put us in better situations I think.
“We kept fighting,” added Dempsey. “It looked like the game got away from us a few times. But the kids kept plowing away and plugging away to give us a chance at the end.”
Central ended the game with seven penalties for 85 yards. Two of the most crucial penalties came on Avon Lake’s final possession of the first half.

Playoff regulars Avon Lake and Toledo Central Catholic will square off for the third time in playoff history when the Shoremen visit the Irish on Friday night in a Division II, Region 6 quarterfinal.
Both teams are making their 22nd forays into the playoffs this fall.
The victor will move on to next week’s regional championship against the winner from Brecksville-Broadview Heights at Avon game.
Avon Lake and Central Catholic last met in the playoffs two years ago with the Irish rolling to a 56-16 victory while also clashing in 2005 (Central 35, Avon Lake 14).
The 7-1 Shoremen have been on a roll since opening the season with a 33-30 double-overtime loss to Avon, the top seed in Region 6. Over the last seven weeks, Avon Lake has outscored its foes, 296-38.
Avon Lake’s M.O. is a total team effort on the defensive side of the ball.

TOLEDO — The Three Rivers Athletic Conference (TRAC) has gone through Cherry Street and Greg Dempsey’s football dynasty since the conference’s inaugural season in 2011. The Fighting Irish have claimed six of the nine TRAC championships and are expected to be in the mix for their seventh this fall, third straight. Toledo Central Catholic sports a dizzying 58-5 TRAC mark in nine years.

“We have good numbers for the 2020 season,” said Dempsey. “We have good team speed and athleticism. We also have good depth at the skill positions.”

Toledo CC made its 16th straight foray into the playoffs last year before falling in the state semifinals to eventual state champion Cincinnati LaSalle.

The Lancers were the lone team to surpass 30 points on the Irish defense, while Toledo St. John’s and Findlay were the only foes able to eclipse 20 points in the regular season.

The Irish were prolific in the trenches and dominated on the majority of Friday nights. However, the pits are a concern for Dempsey.

“Concerns will rest on who will step up on the offensive and defensive lines,” said Dempsey. “We graduated almost all of our starters and we will lack experience on the lines. Depth at certain positions could also be a concern.

“Our JV team was very successful last season and we need those players to step up and fill the voids left by the graduating seniors.”

Central Catholic was about a 5-1 run to pass ratio last fall. The Irish ran 769 plays, with 618 being rushes. The ground attack was proficient, churning out 3,752 yards for a 6.1 average per rush.

Although Dempsey went to the air only 151 times, each completion averaged 18.4 yards. Over a quarter of the completions (89) resulted in scores, with 23 touchdowns being racked up through the air.

Vargas hit on 81-136 passes for 1,547 yards and 21 touchdowns, while throwing just seven interceptions.

Graduated wideout Randy Williams is now at the University of Findlay.

“We return most of the skill in our passing game,” explained Dempsey. “We need our passing game to be efficient early to help a new offensive line and running back develop our run game.”

Up front, the shoes of second-team all-Ohio lineman Jamon Gibson (6-2, 275) will be challenging to replace, along with Carter Fouty, who was a defensive standout and now at the Air Force Academy.

Only a quartet of starters return for coordinator Ryan Brown.

“We return only four starters, but they are impact type players,” lauded Dempsey. “The returning starters will have to provide leadership for the new starters. We do have good size, speed and athleticism.”

Opponents mustered only a measly 2.3 yards per rush and a 27-percent third-down conversion rate on the bullish Irish defense last autumn.

The passing game was also a struggle for foes, with just 164 of 341 passes completed for an average of 131.1 yards per game.

DeSantis also will see time at linebacker and Barbour will likely see time on the point of impact.

Fouty (6-5, 270) was a big part in helping the Irish earn a state semifinal appearance for the sixth time in eight years with 56 stops, eight tackles behind the line and five sacks.

Linebacker Ja’Kobe Crowell was also a standout on defense before he was lost for the season due to injury after eight games. He racked up 38 stops, 13 tackles-for-loss and delivered eight sacks.

Semaj Cross, now at Lafayette, was the big loss in the secondary where he earned first-team all-TRAC and district.

Junior Cole Tishler is back to handling the kicking chores. He was 7-7 on PATs, while also averaging 49.2 yards on kickoffs. Three of his 13 kickoffs went for touchbacks.

The return game graduated its top two players from 2019. Randy Williams led the kick returners with eight returns for 160 yards (20-yard average), while Jamie Johnson had 10 punt returns for 85 yards.

Dempey looks for St. John’s and Whitmer to be near the top of the conference.

“The TRAC is a meat grinder this year like any other year. St. John’s and Whitmer have strong teams returning and will be picked to be at the top of the league. Findlay has a nice young nucleus coming back and a new coach with great experience that will be interesting to see how they develop. If we can develop our lines on both sides of the ball and build some depth I think we can compete for the TRAC championship, but we must have guys step up and avoid injuries.”