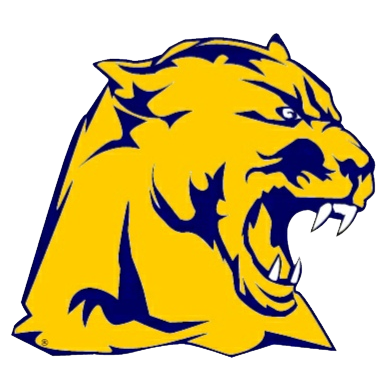 Perrysburg among best in Region 2 field. Can Findlay make noise after layoff?

List of area 2020 commitments. This list will continue to be updated. Email us at blackswampfb@gmail.com with any players missing

TOLEDO — Looking for its 12th consecutive trip to the playoffs, Whitmer will have to do it without the services of 17 starters from a 10-2 season in 2019.

“Even though we were 12-2 we fell short of our goal of winning the Three Rivers Athletic Conference (TRAC) and getting to the regional final,” said Whitmer leadman Ken Winters, 39-9 during his four years in charge of the Panthers. “We were able to keep our playoff streak alive to 11 consecutive years and were able to host the first round of the playoffs, beating a very solid Northmont team.”

“We will have a lot of first-time starters on both sides of the ball,” said Winters. “So how fast they develop into their positions will be key.”

Winters will be without quarterback Riley Keller for the first time during his tenure at Whitmer. Keller is now a freshman at Bowling Green and left the Panthers as a three-star recruit with offers from many of the MAC schools, along with Iowa State, Ole Miss and West Virginia. He was the 2017 TRAC Player of the Year, while also helping the Panthers to a regional runner-up finish that year.

Even with Keller gone, Whitmer is not without experience behind center. Kevin Hornbeak will take over the signal-calling duties after starting two games last fall for an injured Keller.

“He showed he is a very capable quarterback not only with his arm but is also a threat running the ball,” said Winters.

Jared Banks is another key piece gone from 2019. Banks, who played his junior season at Monroe High school in Michigan, moved into Toledo for his senior year and etched his name in the Whitmer record books. He hauled the pigskin 307 times for a Panthers’ record 2,195 yards (7 yards per carry) and also caught 12 passes for 293 yards. He hit paydirt 34 times.

Banks remained in Toledo to continue his college career and is now a freshman with the University of Toledo Rockets.

Zach Walling (missed the first half of last season due to injury, 21 receptions, 242 yards, walk-on at Eastern Michigan) and Spencer Morgan are receivers missing from an offense that averaged 35 ppg in 2019. Tight end Aaron Bellamy is another starter that departed, along with Hunter Hoffman at center and fellow pitmen Nick Folmer and Tate Parker (freshman at Indiana State).

Evan Hart will get the nod to replace Bellamy at tight end.

“Our strength will be our offensive line and receivers,” lauded Winters.

The Panthers lost one of the area’s top players during preseason camp when returning all-Ohio linebacker Kameron Vargas moved from Toledo. He is now playing at Lakota West. A wrecking machine, the 6-1, 210-pounder spilled 108 ball carriers, while picking off two passes and blocking a punt. He earned first-team all-Ohio status, while also claiming District Player of the Year.

Two Panthers have starting experience, with Jayden Gibson (6-0, 200, jr.) bringing back 36 tackles to another linebacker spot, while defensive back Lorenzo Buckingham (5-9, 165) had a solid junior season with 31 tackles and three inceptions.

Winters has concerns about the inexperience of his defensive linemen and secondary guys.

Elijah Boyer and Jose Jones are expected to start on the interior of the line, while Mike Dickerson and Ian Kovacs will be bookends.

Emeron Mathis, Kameron Boecker and Jayden Covington round out the starters in the secondary.

Winters expects Central Catholic to capture its third straight TRAC crown, while St. John’s and St. Francis also could throw their hats in the mix.

“Central Catholic will be the team to beat,” said Winters. “St. John’s and St. Francis have emerged as legitimate threats to win the conference.

“Coaching changes at Findlay and Lima could give them a boost. Fremont has a very talented sophomore class that got a lot of experience last year. Clay has been improving every year under coach Galyas.”

“The biggest effect was in the weight room. Our athletes did not have access to weights and our team strength was down when we finally got to start working out in June.”