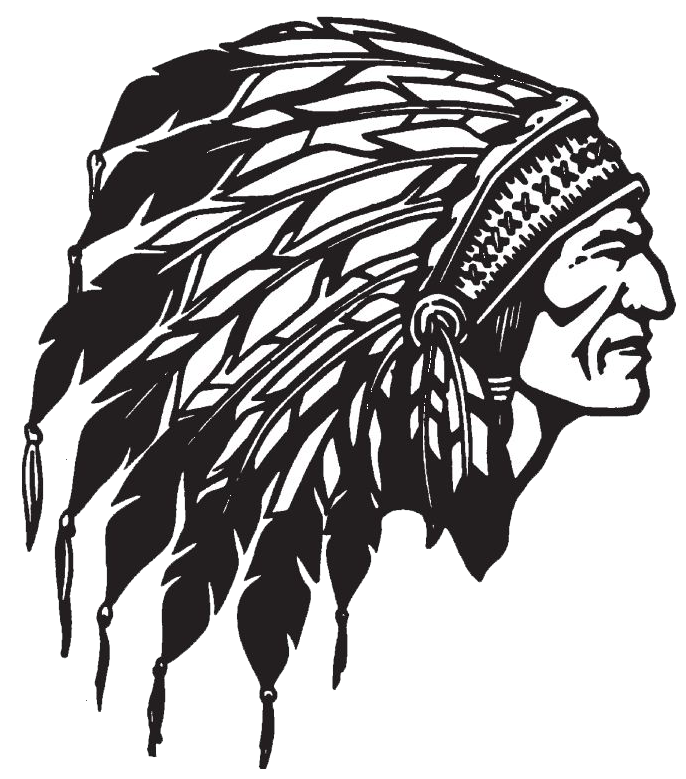 Two teams that nearly met in last year’s playoffs will collide on Saturday night at Wauseon’s Harmon Field with defending D-IV state champion Clyde in town.
The Indians (6th seed) enter at 5-1 overall coming off a bye in the opening round of last week’s D-IV, Region 14 playoffs. The 4-3 Fliers (seeded 11th) defeated Brookside, 42-6, last Saturday night in playoff action. Clyde, which returned only three starters from last year’s state championship squad, is battle-tested going into Saturday night. The Fliers suffered a 16-7 loss to Region 14 top seed Bellevue two weeks back while also falling to a pair of strong D-III programs: 30-14 to Norwalk and 19-16 to Tiffin Columbian.

Tony Haynes and Lynn Groll recap Archbold’s thrilling 36-35 victory over Wauseon while handing out Offensive Player and Blockhead of the Week. They also look ahead to the opening round of the new-look high school playoffs.

ARCHBOLD – Just minutes after a classic at Bluestreak Field, Archbold headman David Dominique said: “I’m still trying to take this all in right now.”
Join the crowd, coach.
Dominique’s Streaks’ erased a 21-0 Wauseon lead and stormed back for an exhilarating 36-35 triumph Friday night.
Junior quarterback DJ Newman pulled Archbold within one point (35-34) with a 36-yard TD jaunt with 3:54 left, the closest the Streaks were to the Indians all night after the visitors raced out to an early advantage.

WAUSEON — In 2019, under first-year head coach Shawn Moore, the Wauseon Indians laid the foundation for a successful program.

The Indians finished the regular season with a 9-1 overall record, finished second in a loaded Northwest Ohio Athletic League (5-2) and won a first-round home playoff game.

Now, as the 2020 season is getting ready to unfold, Moore and the Indians sport a roster filled with talented and experienced players as they look to build on their 2019 foundation.

“We had a successful season overall finishing 9-3 overall and getting into the second round of the playoffs,” explained Moore, a Wauseon alumni who spent a decade as an assistant coach with the Indians before taking over the reigns last year. “We had a lot of guys step up and have great seasons and we had a lot of memorable moments. But we also had some setbacks that are driving us to continue to work toward getting better going forward.”

The Indians return seven starters from a team that averaged more than 26 points per game a year ago.

Leading the charge are a plethora of skilled players that will stretch opposing defenses thin.

Out wide, senior receiver Connar Penrod (6-2, 178) leads a receiving corps that returns several starters from a year ago.

Penrod earned all-district and Division IV all-Ohio honors for his receiving prowess a year ago that saw him haul in 73 receptions for 1,254 yards and 16 scores. Meanwhile, in his seven league contests in 2019, Penrod proved to be the NWOAL’s top target with a league-best 38 receptions for more than 500 yards and eight scores.

Tester accounted for 31 receptions, 336 yards and 3 TDs a year ago, while DeGroff added 14 catches for 249 yards and a score.

The duo combined for more than 500 yards and five rushing scores a year ago.

For Moore, the list of “skilled” players the Indians return for the 2020 season will provide the fuel for the Wauseon machine.

“We have some good players on the outside and we will continue to look to get those guys the ball in the open field,” explained Moore about his offensive weapons. “And we’re going to allow them to make some plays.”

Giving them time to make plays will fall on the shoulders of an experienced offensive line.

The Indians’ O-line will be missing three staples from a year ago in Holden Serres, Wes Spadafore and Trent Sauber. However, the Indians still have plenty of muscle up front to keep rushing defenders at bay.

“We will again have to fill some spots in the offensive and defensive lines,” said Moore. “So it will be interesting to see how those positions develop throughout the summer and fall.”

Leading the way for the Indians’ offensive line will be a pair or returning starters who garnered postseason praise a year ago.

Rounding out the list of possible Indian trenchmen will be Hunter Nofziger, Cooper Lane and Tucker Dulaney.

Missing from the Indians’ offense, however, is an experienced trigger man to spread the ball around to Wauseon’s weapons.

Figy threw for just under 3,000 yards, while connecting on 209 of his 356 pass attempts. Figy also threw 25 scoring strikes to his targets enroute to earning all-league and all-district honors in Division IV.

“We must determine who will play the quarterback position,” admitted Moore. “We have some good players on the outside, and we will be looking for someone who can manage our offense by making the correct reads and getting those guys the ball in space.”

Junior Brady Thomas has the inside track at calling the signals for the Indians.

Thomas saw limited action a year ago in the Indians’ spread-style offense, but did manage to connect on 2 of his 3 pass attempts for a score.

In 2019, the Indians compiled a defense that was tough for opposing offenses to penetrate.

The Indians yielded just 17.25 points per game through their 13 contests, while boasting playmakers at every level of the defense.

Topping the list for the 2020 season is an active linebacking corps led by Wilson, who was an all-Ohio defender a year ago.

Wilson accounted for 79.5 tackles in 2019, while getting to the quarterback three times for sacks and added one interception.

Looking to join Wilson and Britsch in the Indians’ four-man linebacking crew will be Andrew Figgins and Bryson Stump.

Just like the offensive line, the Indians will be looking for someone to fill the gaps left by graduation in their defensive line.

Junior Matthew Shaw (6-4, 286) is the lone starter returning to the Wauseon 3-man front. In 2019, Shaw was second on the Indians in sacks with six quarterback takedowns, while also accounting for 19.5 solo stops.

Banister and Shema also should see plenty of time on the defensive line. But with several players playing significant roles on both sides of the ball, Moore knows he’ll need other players to step up if the Indians are going to have another successful season.

“We will again have good leadership this year coming from a lot of guys that played significant roles on our team last year,” explained Moore. “But we’ll have to fill those spots on the offensive and defensive lines. We’re also going to have to build up our depth across the board to allow some guys to get a break here and there.”

A trio of returning starters are back to roam the Indians’ defensive backfield.

Penrod, DeGroff and Tester are three of those starters who are back after earning all-league honors last year.

Penrod had 39 tackles last year while picking off opposing quarterbacks five times, while DeGroff added 28 stops and one pick in 2019. For Tester, he had three interceptions but proved his worth by being a down-hill defender with 85 total tackles.

“We must continue to play swarming defense,” Moore said of the key for the Indians’ defenders this season. “We’re looking to not give up the big plays. (The big plays) set us back in our losses last season. But we’ll have lots of athleticism not only at our skilled positions, but on both sides of the ball.”

The Indians look very solid with their specialists.

Senior kicker Samuel Blanco is back from a strong 2019 season. He was 33-40 on PATs and made a game-winning 32-yard field goal to beat Fairview in the 2019 season opener.

Penrod is a dangerous weapon in the return game. He brought back 10 kickoffs for a 19.5-yard average, while averaging 13.8 yards on punt returns.

Brock did most of the punting in 2019, with 27 punts averaging 34.9 yards. Stump managed three punts and averaged just under 40 yards on each.

In the always tough NWOAL, the Indians will look to secure their first league title since the 2015 season.

But it won’t be easy.

To be the champs you have to beat the champs and in the NWOAL last year’s co-champs Liberty Center and Archbold will again send strong teams into their Friday freys.

“The league will again be very competitive from top to bottom this year,” ended Moore. “I see returning league champions Archbold and Liberty Center having strong teams again this year and should be the teams to beat. But every team will need to bring their ‘A’ game each and every week.”

“We have made the best of the situation and provided our players with different workouts that they could do on their own,” said Moore. “Other than not seeing the players in person, our off-season was very similar. It’s good to get back into the weightroom and we look forward to hopefully progressing through the phases on the path to getting back to playing actual football.”